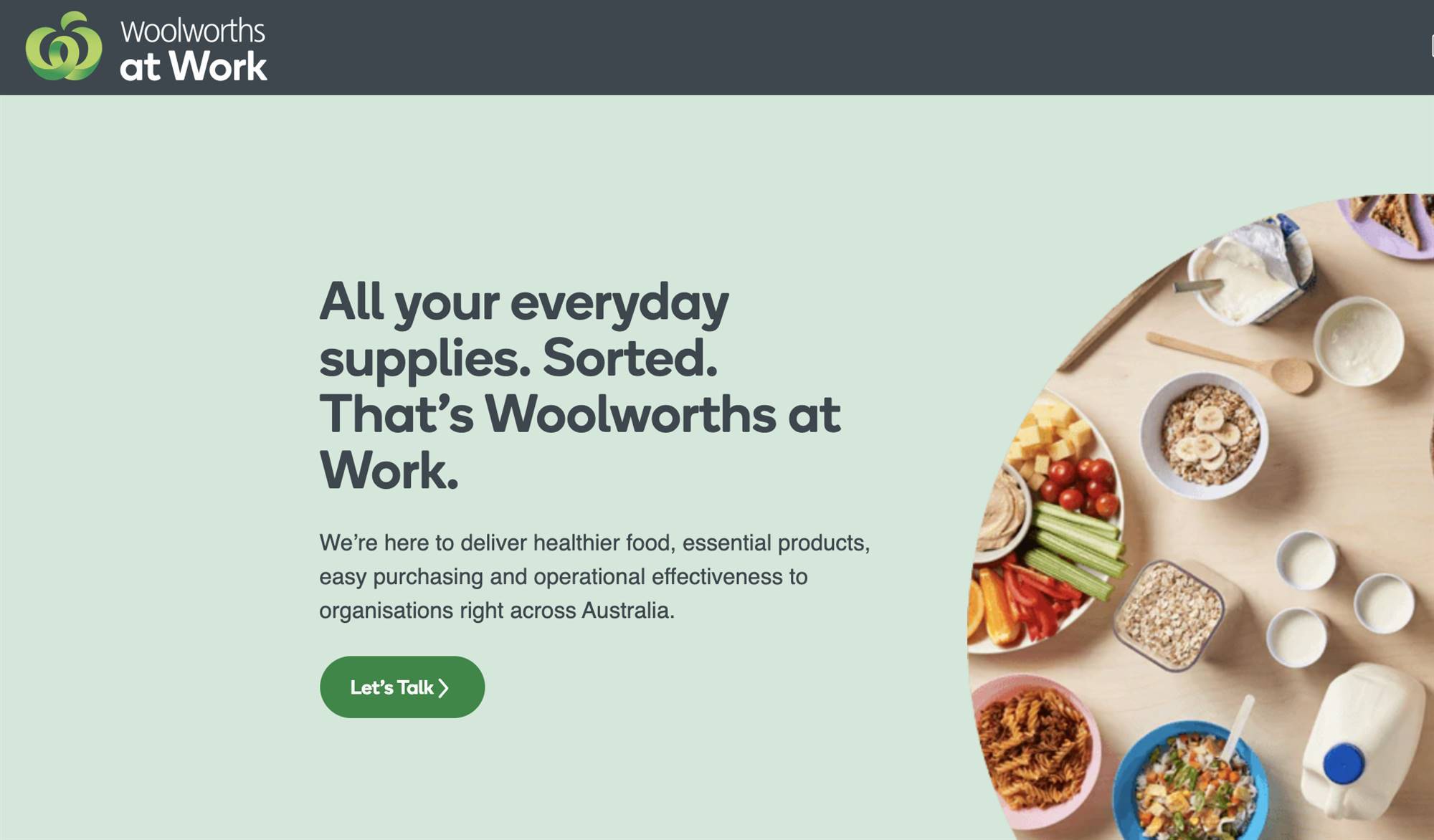 Woolworths has quietly unveiled a new digital platform that allows Australian workplaces to shop online for food, stationery and other products.

The grocery retailer revealed what it is calling ‘Woolworths at Work’ yesterday, calling it “an extension of our existing online grocery business.”

The service is underpinned by a “new digital platform” that allows multiple shoppers from businesses to place orders and have goods delivered to multiple locations.

The platform is also designed to produce “consolidated monthly invoicing, [which] means better visibility and control” of spend across a business or organisation, the retailer said.

Woolworths has been trying to get into the B2B grocery space since 2016.

iTnews revealed late last year that digital unit WooliesX was tasked with setting up a “high quality online grocery service” for business customers capable of generating $1 billion in revenues for Woolworths by 2024.

The soft launch of ‘Woolworths at Work’ yesterday appears to be the culmination of that effort.

Woolworths at Work carries over 10,000 products, about half of which are Woolworths’ own brand goods.

“We’ve launched Woolworths at Work because we want to partner with Australian organisations,” general manager Jarad Nass said in a blog post.

“We’ve developed a best in class digital platform that can be tailored for organisations big or small, straightforward or complex.

“The platform is built around a seamless, personalised shopping experience, that enables shoppers to save lists and access previous orders.

“It’s supported by our nationwide delivery options, including free next day delivery for orders over $99 and Delivery Now, which sees your order picked, packed and delivered within two hours.”

Currently, Woolworths is calling for expressions of interest to use the new B2B platform.

In terms and conditions, Woolworths said there may be variations in pricing between the B2B store and its supermarkets or normal online operations, and it was “not required or obliged” to price-match.

Likewise, it said product pricing may differ between cities.