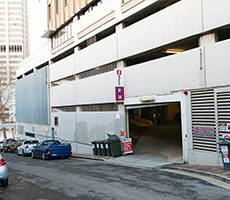 Wilson Group, best known for its ubiquitous car parking and security patrol businesses, is looking to internet of things and other touchless technology to help field staff in the wake of the pandemic.

Chief information officer Jamie Newman told a recent Comscentre webinar that of the group’s 12,000 staff, about 85 percent are field force workers, such as car parking attendants or security staff.

Newman said the group’s fortunes had been mixed due to Covid-19; while parking had taken a hit, the security business saw a significant “surge” in jobs.

“Our security business had an incredible amount of surge work,” he said. “With everybody going remote, people need more guards.”

However, Newman noted that Wilson Group faced challenges keeping staff safe in its lines of work.

“For security guards that are going onto client sites, how do we keep them safe when it’s not our assets that they’re touching and interacting with?” he said.

“What we’re starting to do now for our field staff is trying to make [things] contactless as much as possible as we try to minimise risk.

“For example instead of a security guard having to check physically that a door is locked, [we could] put an IoT switch on it so that we know the last time it was opened and it can tell the guard via an app that they don’t need to open it.”

Likewise, Newman said there are potential applications for sensing technology in the company’s car park operations.

“Touchless is not just for protecting our employees but also for our customers,” he said.

“Our customers don’t want to hit an intercom button in a carpark, they don’t want to take a ticket, so it’s about how can we make everything as touch free as possible?”

Newman said the move to contactless technology in these environments is “only being driven, in my opinion, by Covid.”

That is, where contactless technologies may have previously been considered as a “nice to have”, Newman said, “now they’re mandatory”.

“That’s even extending down to do we need to have boomgates in the parks or can we come up with a technology [to do that],” he said.

“For me, it’s about limiting the contact points, both for my end users being my customers in the business, also for my true customers out in the field.”