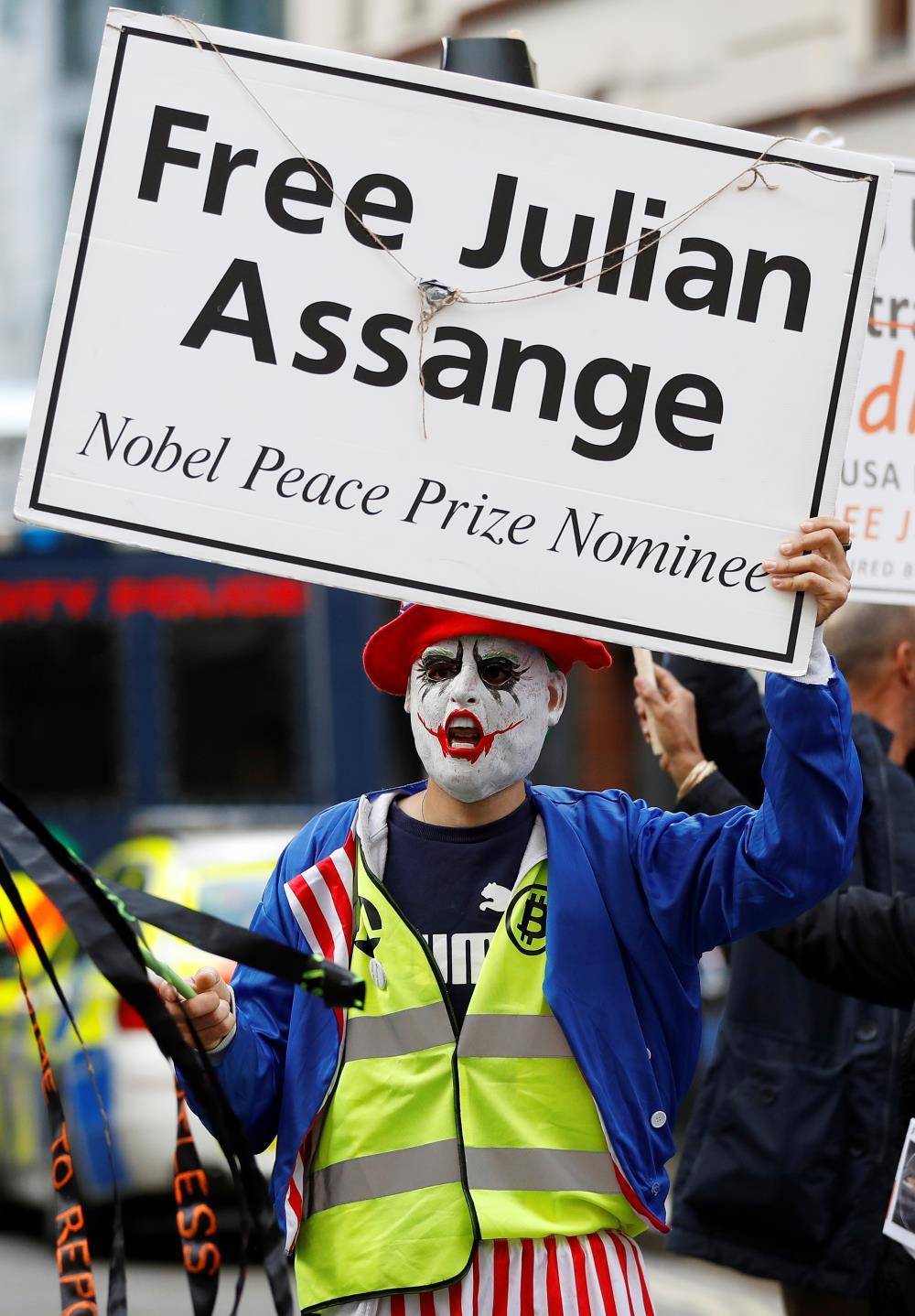 WikiLeaks’ founder Julian Assange, who is fighting to avoid extradition to the United States from Britain, failed on Monday in a bid to further delay hearings that resumed after a pause of months caused by the coronavirus lockdown.

The US authorities accuse Australian-born Assange, 49, of conspiring to hack government computers and of violating an espionage law in connection with the release of confidential cables by WikiLeaks in 2010-2011.

Assange, clean-shaven and wearing a suit at Monday’s hearing, formally declined to be extradited.

He has been presented with a new, wider superseding indictment issued by US authorities in June, which contains 18 alleged offences of conspiring to hack government computers and espionage.

The judge rejected his lawyers’ application for the case to be adjourned until January to allow them more time to consider new US accusations.

“We’re simply not in a position to gather the evidence necessary and respond to the case that has only emerged in the last few weeks,” Assange’s lawyer Mark Summers said.

Assange is seen by his admirers as a champion of free speech who exposed US abuses of power. His critics say that by publishing unredacted documents, he recklessly endangered the lives of intelligence sources.

Assange made international headlines in 2010 when WikiLeaks published a US military video showing a 2007 attack by Apache helicopters in Baghdad that killed a dozen people, including two Reuters news staff.

The site later published vast troves of US military records and diplomatic cables.

More recently, it released documents stolen from the Democratic National Committee during the 2016 US presidential election campaign.

Assange denies accusations by US investigators that it obtained those documents from Russian hackers, though the issue is not part of the legal proceedings.

The extradition hearings started in February but were then postponed for a few months before being further delayed because of a nationwide lockdown to curb the spread of COVID-19.

Assange’s lawyers say he would not receive a fair trial in the United States on political charges.

In court papers, they wrote that the pursuit of Assange was part of President Donald Trump’s “effective declaration of war on leakers and journalists”.

The first witness, Mark Feldstein, a professor of journalism at the University of Maryland, told London’s Old Bailey court that no publisher had been successfully prosecuted in the United States for publishing leaked confidential documents.

Assange’s legal travails in Britain date to 2010, when he began fighting an attempt to extradite him to Sweden to answer questions about allegations of sexual assault, which have since been dropped.

In June 2012, he sought refuge in the Ecuadorean embassy. He spent seven years holed up there, fathering two children.

After Ecuador revoked his asylum, he was dragged out of the embassy in April 2019 and served a short British prison sentence for violating bail terms.

He remains jailed pending the outcome of the US extradition request.

Not finding life on Venus would be disappointing. But it’s good science at work.

Will you have to carry a vaccine passport on your phone?

admin - Декабрь 22, 2020
0
Latest news
But a lot is happening behind the scenes to expand these uses, some of it very quickly. Governments, airlines, employers, universities, and many other...