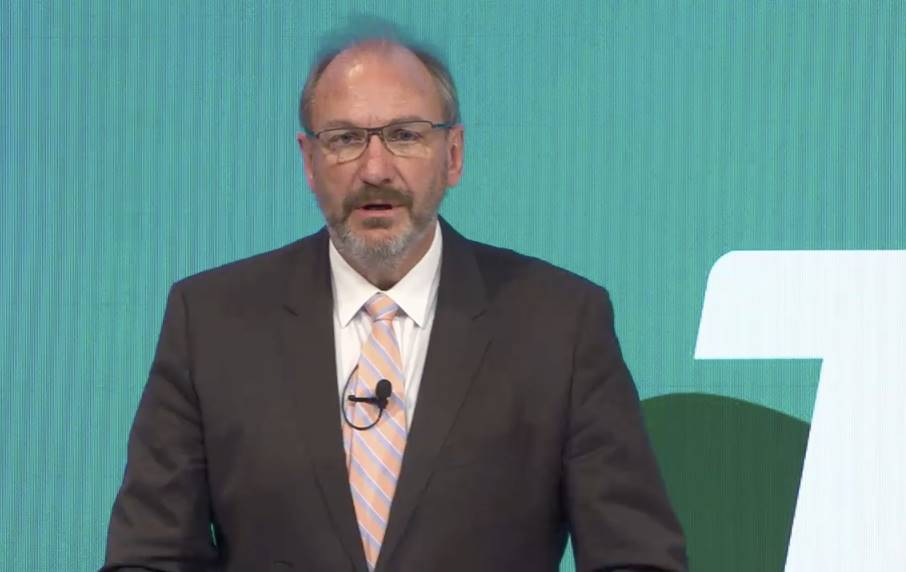 Telstra is predicting its inbound call volumes for support will have dropped by about two-thirds over the course of its three-year T22 transformation.

The telco provided numbers during its annual general meeting (AGM) on Tuesday, giving the first indication of what its contact centre operations will look like when Australian agents are answering all inbound calls.

Chairman John Mullen said that as of today, Telstra is “already answering more than 50 percent of calls in Australia”.

He reconfirmed the telco’s goal “to take that to 100 percent”.

“Irrespective of where we answer these calls, however, improved service and increased digitisation will lead to fewer calls full stop,” he said.

“It is pleasing to see, therefore, that since the beginning of our T22 program, inbound calls have reduced by almost 50 percent from 36 million to 21 million per annum and we project that this will reduce by almost half again by the end of T22.”

That could mean Telstra is responding to somewhere around 11-12 million calls for support a year by the end of FY22, with most support requests instead handled on its digital channels.

“Hopefully customers don’t need to call because they haven’t had a bad experience,” Mullen said.

CEO Andy Penn apologised again to customers that had trouble generally with lodging support tickets through the Covid period.

“One of the impacts of Covid was on our workforce capacity due to extensive lockdowns in overseas locations such as India and the Philippines and this had an impact on customer experience,” he said.

“While we have moved a large amount of this work online and to Australia, I am conscious of the delays that some customers have experienced during this period and I wanted to apologise for those.

“These workforce capacity challenges offshore and the acceleration to digital channels have, however, provoked our thinking on our customer service model for the future.

“As a consequence, by the end of our T22 program, we now plan to answer all inbound calls from our consumer and small business customers in Australia.

“This in turn will enable our teams offshore to focus on supporting our customers’ digital experiences.”

Mullen said that Telstra had a contact centre workforce of some 16,000 agents in total pre-Covid. He said that customer service capacity is “more or less back to where it should be today”.

Telstra’s challenges around customer service had an impact on executive bonuses as the telco missed its net promoter score (NPS) targets.

“This led to a fall in customer experience and therefore the company’s episode NPS score, resulting in management also missing their NPS targets and forfeiting all incentive outcomes for this measure,” Mullen said.

Mullen told shareholders it would be difficult for a telco the size of Telstra to fully eliminate support problems.

“We’ve got to reach levels of performance that are exceptionally high before we don’t get isolated examples of people who don’t get a good experience.

“All I can say is the team is working exceptionally hard on that. It’s a major plank of the T22 program.”

Mullen also used his AGM address to question whether current executive remuneration structures are too complex and could be simplified.

“We spend a huge amount of time trying to get the balance right between protecting shareholders’ interests and not over-paying executives, while at the same time motivating, incentivising and retaining the best management talent that we can,” he said.

“Unfortunately, there is nothing simple or easy about this process and I still believe that it is overly complex and confusing.

“I do wonder if it is time to consider a simpler model going forward.

“I am old enough to remember when I just got paid a salary and if I did a bad job I was fired. I sometimes wonder whether we should not go back to those days and just give senior executives a fixed salary, the majority of which would be paid in shares so that if the company’s shares perform well then the executive would earn more and if they perform badly the executive would earn less.”

Mullen said the discussion on remuneration was largely “for another day” but did press the case for simplification.

“It would greatly simplify the whole executive remuneration debate, eliminate the need for most of the ever more complex remuneration reports everyone produces, save countless hours of debate at remuneration committees and eliminate hundreds of thousands of dollars spent on remuneration consultants and the entire industry that has grown up around the issue,” he said.