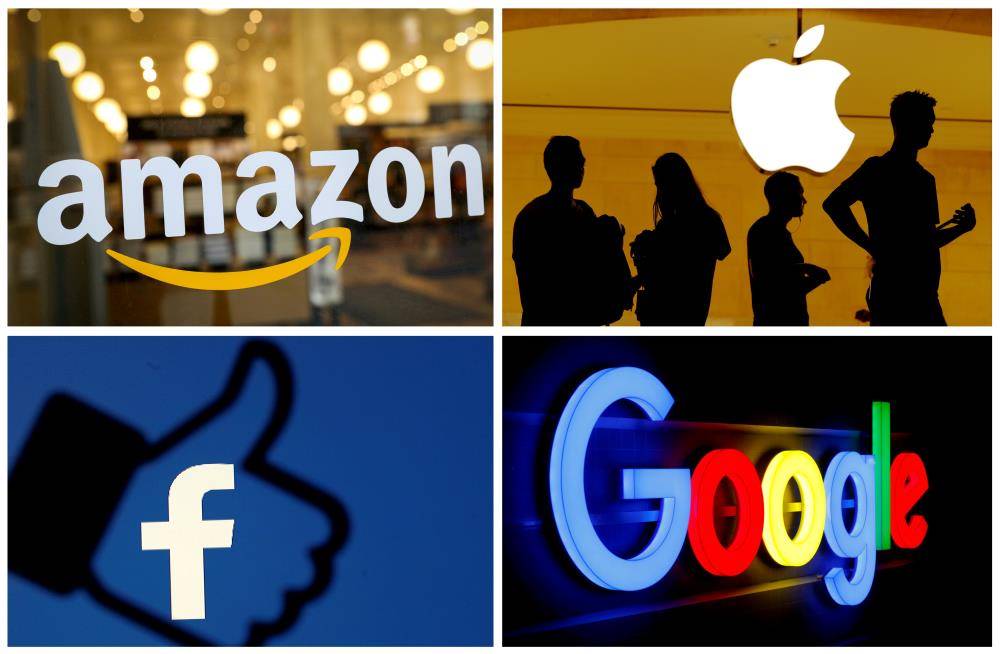 Alphabet rallied, Apple sank and Twitter tumbled on Thursday after a mixed bag of quarterly reports from top-tier technology companies that investors have relied on this year to power a stock market rally through the coronavirus pandemic.

Share swings following the reports from the tech heavyweights after the bell sent exchange-traded funds tracking the S&P 500 and Nasdaq down about 1 percent each, suggesting Wall Street may open weaker on Friday.

Mostly upbeat results from Facebook, Google-parent Alphabet and Amazon, along with Microsoft’s strong report earlier this week, show how the largest US companies have expanded their businesses and outperformed smaller rivals this year as the pandemic accelerates trends toward online shopping, video streaming and other technologies.

Alphabet and Facebook both reported strong rises in advertising sales and some caution about the future. Facebook, which often is conservative with forecasts, said that pandemic-related uncertainty could make for a difficult 2021.

“These results are testament to the incredible strength of the Google franchise,” said Nicholas Hyett, an equity analyst at Hargreaves Lansdown.

“Where other marketing driven businesses are struggling as advertisers become more cost conscious, it seems some of the cash is in fact finding its way to the internet search giant.”

Analysts expect aggregate S&P 500 earnings to drop 13 percent this quarter, compared to an increase of 4.5 percent in the tech sector, which includes Apple, Microsoft and many other of the index’s largest companies, according to IBES data from Refinitiv.

If Twitter falls that much in Friday’s trading session it will have been its deepest one-day drop since March, when fear related to the pandemic sent global stock markets into a deep selloff.

Thursday’s reports come amid turbulence on Wall Street, with soaring coronavirus cases and uncertainty about a fiscal relief bill in Washington dimming the outlook for an economic recovery and knocking over 3 percent off the S&P 500 so far this week.

Without Facebook, Apple, Amazon, Netflix and Alphabet – the so-called FAANG stocks – the S&P 500 would be down about 4 percent in 2020, compared with the index’s 2 percent year-to-date rise, according to a research note from Bespoke Investment Group on Thursday.

“Due to both the huge weight of these stocks and their outperformance, the market has become more reliant on them than ever before for its gains,” according to Bespoke.

The way we train AI is fundamentally flawed