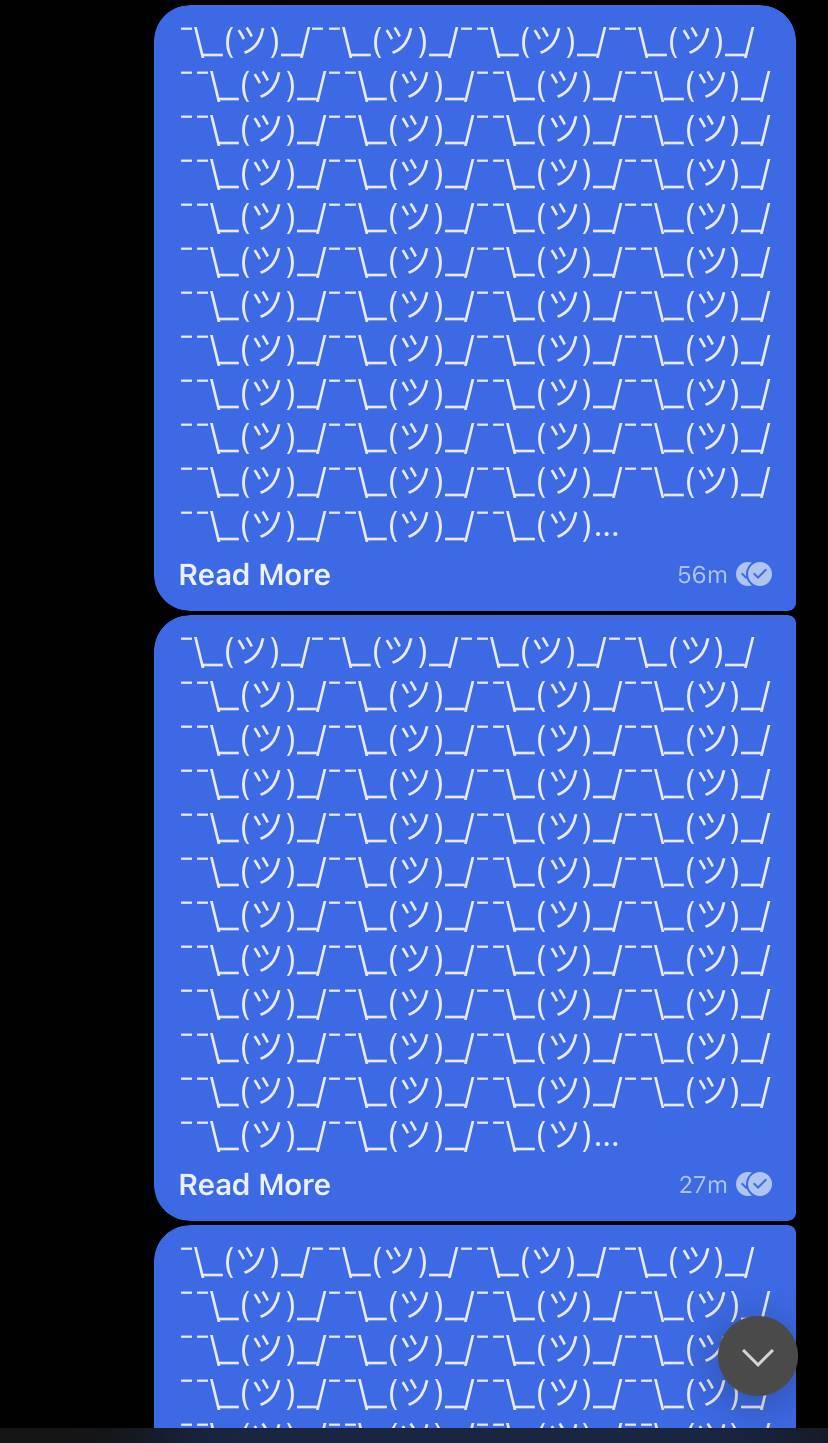 Users of the secure, encrypted Signal messaging app on iOS might want to avoid sending the ¯\_(ツ)_/¯‬ shrug symbol until a bug that could cause the message text to multiply uncontrollably is fixed.

Triulzi said the message would then replicate itself by four each time the conversation it is featured in is opened, making it longer and slower to open each time, in turn causing a local denial of service condition.

Testing by Triulzi showed that iPhones 6S, 7, 8 and 8 Plus running iOS 14 are affected by the shrug bug.

Newer iPhones such as all models of iPhone 11 and iPhone SE 2020 are not affected, Triulzi wrote.

Triulzi said the shrug bug appears to be related to a particular set of the Unicode character encoding standard, possibly linked to the parenthesis in ¯\_(ツ)_/¯‬.

Deleting the message with ¯\_(ツ)_/¯‬ stops the replication of the string, Triulzi said.

iTnews tested with a sending iPhone 8 device running iOS 14 against an iPhone 11, and got  somewhat different results.

On the sending device, the ¯\_(ツ)_/¯‬ text did not repeat, nor on the receiving iPhone initially.

However, using the Signal desktop app on macOS to respond with a ¯\_(ツ)_/¯‬ to the messages sent to iOS caused the text to repeat as per above on the iPhone 11, but not on the iPhone 8.

While the ¯\_(ツ)_/¯‬ text showed up in the conversation on the iOS app, the string caused the text entry field in the macOS Signal desktop app to disappear.

Restarting the desktop app brought back the entry field and also fixed a random issue that caused message sending failures for ¯\_(ツ)_/¯‬.

A string of Unicode text bugs have caused problems for iOS itself and apps running on the operating system in the past.

In 2018, the “Black Dot” bug struck iOS 11.3 and 11.4, using up processor time and creating a several gigabyte-sized swap file, eventually causing the operating system to crash.

Prior to that, Arabic characters were used by iMessage miscreants to crash iDevices with the Unicode of Death attacks.

US adversaries step up hacking campaigns ahead of elections