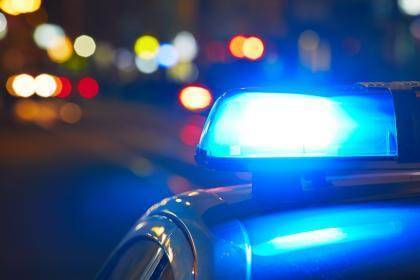 NSW Police has refreshed its IBM megadeal for the first time since 2016, further consolidating long-term software and support arrangements with the technology giant.

It comes as it continues work to dislodge the state’s 26-year-old core operational policing system (COPS) from its IBM mainframe and replace it with a new core system.

The four-year deal replaces the existing five-year Topaz 2 agreement, which was signed in 2016 to consolidate long-standing maintenance and support agreements with the vendor.

Like the $55.5 million Topaz 2 contract before it, the new agreement consolidates IBM systems and solutions, of which NSW Police is a heavy user.

Apart from COPS, which runs on an IBM mainframe, the force uses numerous storage, intelligence, security, database, messaging and analytics products from the technology giant.

IPOS will replace COPS, which is the force’s central database for everyday operations, including the logging of criminal incidents, intelligence gathering and the pressing of charges.

The spokesperson said Topaz 3 brings “a range of IBM solutions that were previously outside of Topaz … into Topaz”, including i2 Analyst Notebook data analysis and investigation software.

It also covers “the now complete upgrade of COPS to the new IBM z15 mainframes”, which has “brought about significant performance improvements to frontline police”.

The Topaz 3 contract is valued at around $1 million less than Topaz 2 per year, though the NSW Police said this was actually about $4 million less, or 20 percent, in real terms.

“The contract differs as it brings into the scope of the Topaz agreement a range of other systems, services and software from IBM,” the spokesperson said.

“This means NSWPF on actual spend has saved circa 20 per cent per annum or about $12 million over the life of the new Topaz.”

The contract differs as it brings into the scope of the Topaz agreement a range of other systems, services and software from IBM.

At least some of that saving stems from the move to cloud, with the force continuing to evaluate a hybrid cloud platform to host IPOS, as well as a number of other frontline IT systems.

Last month, NSW Police told iTnews it had shortlisted suppliers to deliver the platform and expected to enter into a contract before the end of 2020, before commencing its migration in 2021.

“NSWPF is continuing to develop its strategy and timing of the cloud platform deployment,” a spokesperson said.

“It is expected that a transition or migration of NSWPF bespoke IT systems will commence in 2021.”

While the infrastructure-as-a-service platform is yet to move forward, it hasn’t stopped the force using platform-as-a-service from ServiceNow, Salesforce and Microsoft.

Salesforce underpins the NSW Police’s Community Portal 2.0, which citizens can use to digitally report crimes, as well as select NSW Firearms Registry functionality.

Microsoft Office 365, on the other hand, replaced Lotus Notes as the force’s collaboration platform earlier year after it was forced to move up the migration in response to the coronavirus.

ServiceNow is used not only for Information Technology Service Management, but to request frontline policing assets such as the Dog Squad.

Home Affairs ‘doubles down’ on core IT renovation