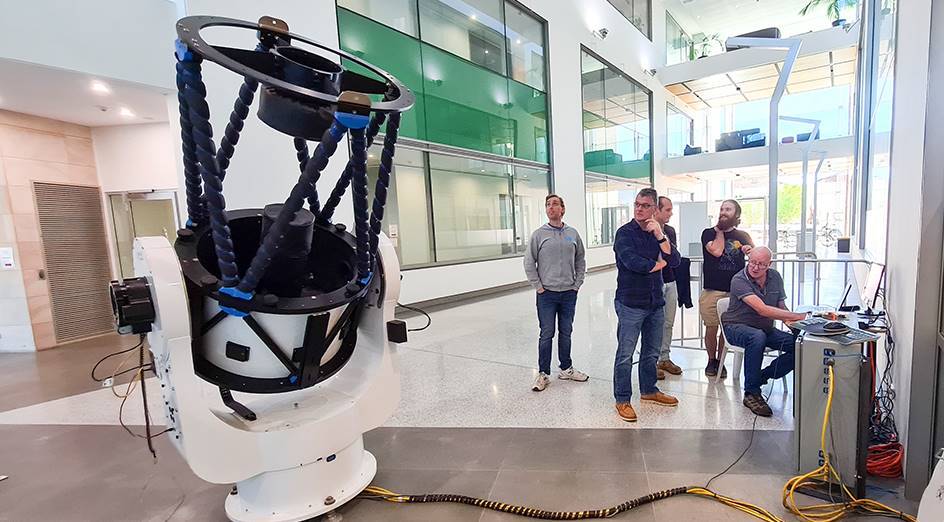 The University of Western Australia (UWA) is set to install an optical communications station capable of receiving high-speed data transmissions from space.

The communications station will be able to receive data from spacecraft from anywhere between low-Earth orbit (between 160km and 1000km above the Earth’s surface) to as far away as the surface of the moon – about 384,000km away.

“Most current space communications rely on radio waves – it’s the same technology that brought us the voice of Neil Armstrong when the Apollo 11 mission landed on the Moon in 1969,” Schediwy said in a statement.

“It’s the next-generation of space communications, and it’s likely to be how we’ll see high definition footage of the first woman to walk on the Moon.”

The $535,000 ground station will use a 0.7m observatory-grade optical telescope donated to ICRAR by Perth local Colin Eldridge, that will be fitted with atmospheric noise suppression technology developed at the university.

Data from the station will be fed to Goonhilly’s supercomputer data centre in Cornwall, England by high-speed fibre.

It will form part of a larger Australasian network of optical stations, led by the Australian National University and supported by partners in South Australia and New Zealand.

EQUS director, Professor Andrew White, said the Western Australian ground station could be the first of its kind in the southern hemisphere and have additional applications in research in different fields.

Goonhilly chief executive Ian Jones said the initiative is driving satellite communications into the next generations of systems and technologies needed to support the “enormous” data volumes produced by space missions.

“This data arises from science and other missions and, in the future, will come from Lunar and Mars missions that involve remote operations, robotics and AI,” Jones said.

“We’re proud to be joint trailblazers in the practical implementation of coherent optical communications.”

The ground station is expected to be operational from early 2021 and open for business later that year.

Intel’s Habana starts to chip away at Nvidia in cloud