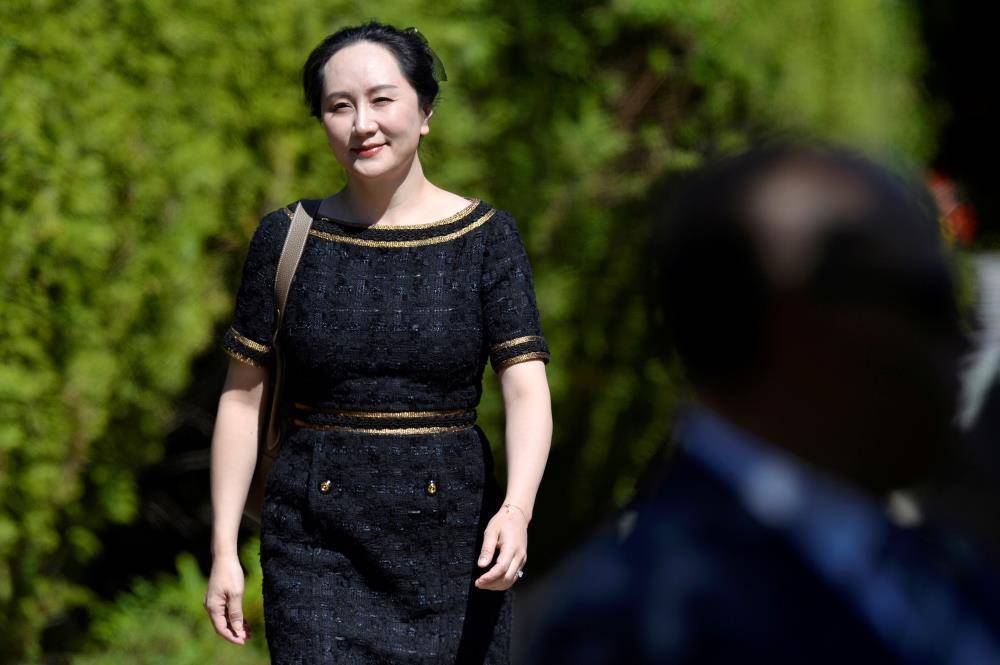 Huawei Technologies CFO Meng Wanzhou returned to a Canadian court to fight her extradition to the United States, where her lawyers argued she only needs to show supporting evidence to add a new allegation of US abuse of process to the case.

The scheduled five days of so-called Vukelich hearings will help the judge to ultimately decide whether there is an “air of reality,” or possibility that Meng’s accusations are valid, and allow the defence to argue the additional allegation.

Meng, 48, was arrested in December 2018 on a warrant from the United States charging her with bank fraud for misleading HSBC about Huawei’s business dealings in Iran and causing the bank to break US sanction law.

Meng, the daughter of billionaire Huawei founder Ren Zhengfei, has said she is innocent and is fighting extradition from her house arrest in Vancouver.

Meng arrived at the British Columbia Supreme Court wearing a grey vest, striped blouse, a face mask, and knee-length brown trousers that highlighted the ankle monitoring bracelet she has worn since her bail was granted in December 2018.

The arrest has strained China’s relations with both the United States and Canada.

Huawei lawyers will argue that the US extradition request was flawed because it omitted key evidence showing Meng did not lie to HSBC about Huawei’s business in Iran.

They will use a PowerPoint presentation to show HSBC knew the extent of Huawei’s business dealings in Iran, which they say the United States did not accurately portray in its extradition request to Canada.

In previously submitted documents, Meng’s lawyers claim the case that the United States submitted to Canada is “so replete with intentional and reckless error” that it violates her rights.

One of Meng’s lawyers pointed out in court that the Vukelich hearing is not intended to be a “detailed examination” of the allegation, only whether there is a “realistic possibility” that it can be sustained.

The argument is part of Meng’s legal strategy to prove that Canadian and American authorities committed abuses of process while arresting her.

Lawyers representing the Canadian attorney general are arguing for her extradition to the United States.

Vukelich hearings are rare in extradition cases, said Gary Botting, an extradition lawyer based in Vancouver, but given the complexity of Meng’s case it is not surprising.

The defence’s success “depends entirely on the nature of the evidence … and whether or not there is any substance to their allegations,” Botting added.

Meng’s extradition trial is set to wrap up in April 2021, although if either side appeals the case, it could drag on for years through the Canadian justice system.