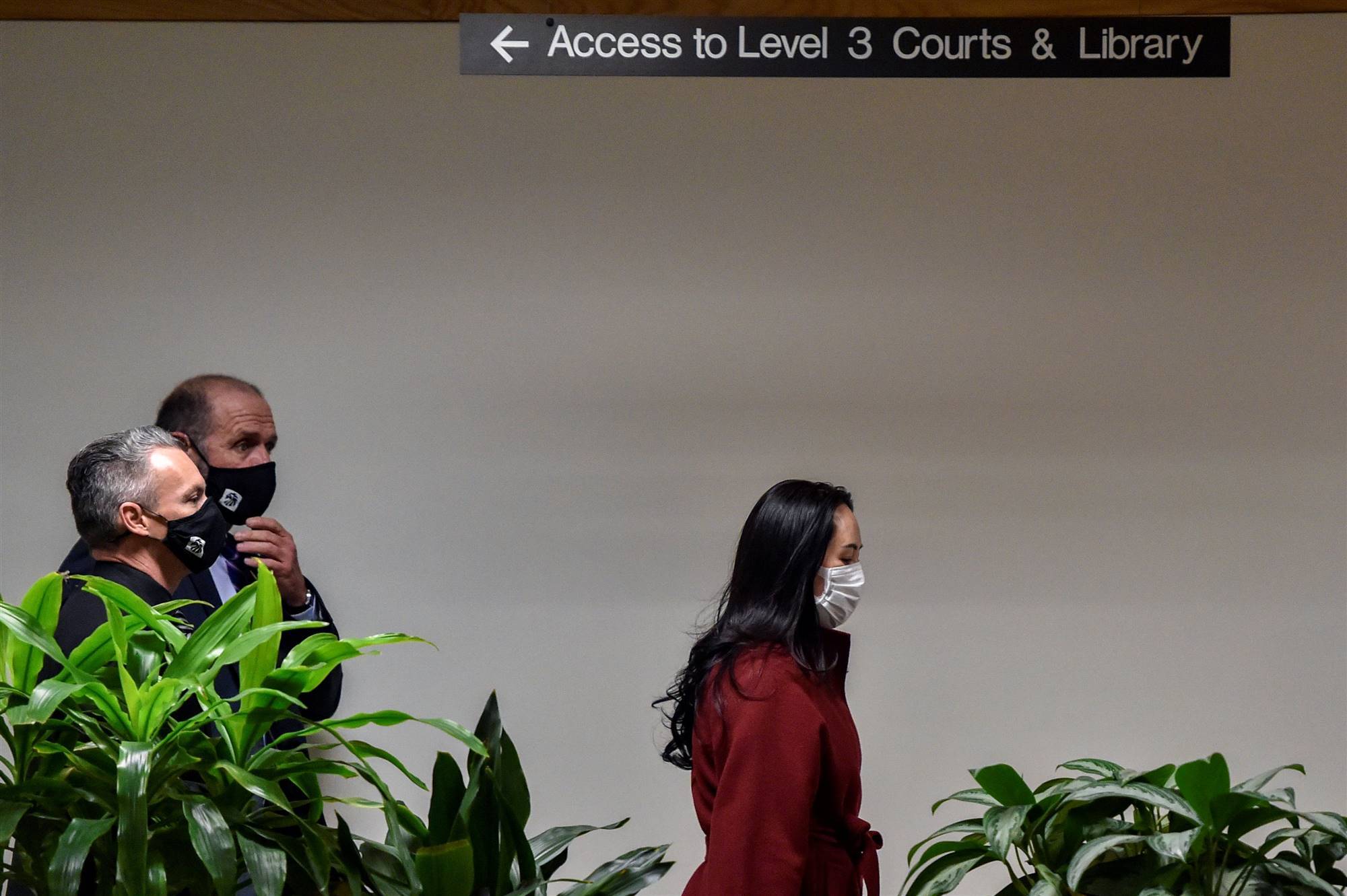 A Canadian border official involved with the interrogation of Huawei CFO Meng Wanzhou ahead of her 2018 arrest told a court she was a flight risk and had the resources to escape the country without reporting to authorities.

Prosecutors are trying to establish that Meng’s arrest and investigation were above board, while Meng’s lawyers are seeking to prove that Canadian and US authorities illegally directed the Canada Border Services Agency’s (CBSA) examination of Meng in order to use the agency’s additional investigative powers to gather information from her without a lawyer present.

Meng, 48, is accused of misrepresenting Huawei Technologies’ dealings with Iran, putting one of its lenders HSBC at risk of violating US trade sanctions.

She has denied the charges and mounted a defence, asking that her extradition be thrown out because of alleged collusion between Canadian and US authorities among other reasons.

CBSA officers have testified that they had reason to detain and investigate Meng regardless of the pending arrest warrant.

CBSA superintendent Sowmith Katragadda listed all the countries Meng had visited based on the stamps in her passport, including Mexico, Senegal, Colombia, Brunei, and the United Arab Emirates.

He told the court visiting some of these “source countries” was a “national security concern,” and constituted grounds to search Meng’s devices.

She “has the resources to depart Canada and not report for an examination,” Katragadda said.

“Ms. Meng is a senior executive for one of the biggest companies in the world. And Canada is a very big country with a lot of small airports.”

Defence lawyer Mona Duckett challenged Katragadda regarding “deficiencies” in his note and record taking during the investigation.

Katragadda acknowledged he did not take note of a meeting he attended with police the morning of the arrest, the collection of devices, potential threats to national security, or the fact that the Royal Canadian Mounted Police (RCMP) were waiting to arrest Meng after his examination was complete.

But Katragadda denied these were intentional omissions, or that these gaps were of concern to top-ranking border officials.

Meng’s arrest has set off a diplomatic conflict between Ottawa and Beijing. Soon after her detention, China arrested Canadian citizens Michael Spavor and Michael Kovrig on espionage charges.

The two men remain in detention.

On Thursday, Prime Minister Justin Trudeau said he had no regrets about Meng’s arrest regardless of foreign policy implications, pointing to the “longstanding extradition treaty with our closest ally” and adding that Canada’s laws can’t only be followed “when it’s convenient or when it’s easy.”

Hearings in the British Columbia Supreme Court this week and next week consist of witness testimony from CBSA and RCMP officials, regarding their conduct during Meng’s investigation and arrest.

Recent testimony has reviewed and scrutinized minute-to-minute developments at the airport on the day of Meng’s arrest.

Another RCMP official, who is now retired and is alleged by Meng’s lawyers to have illegally passed identifying details about her electronic devices to the US Federal Bureau of Investigation, declined to testify.

Court documents show that prosecutors initially declined to release notes relating to his affidavit due to “witness safety” concerns.