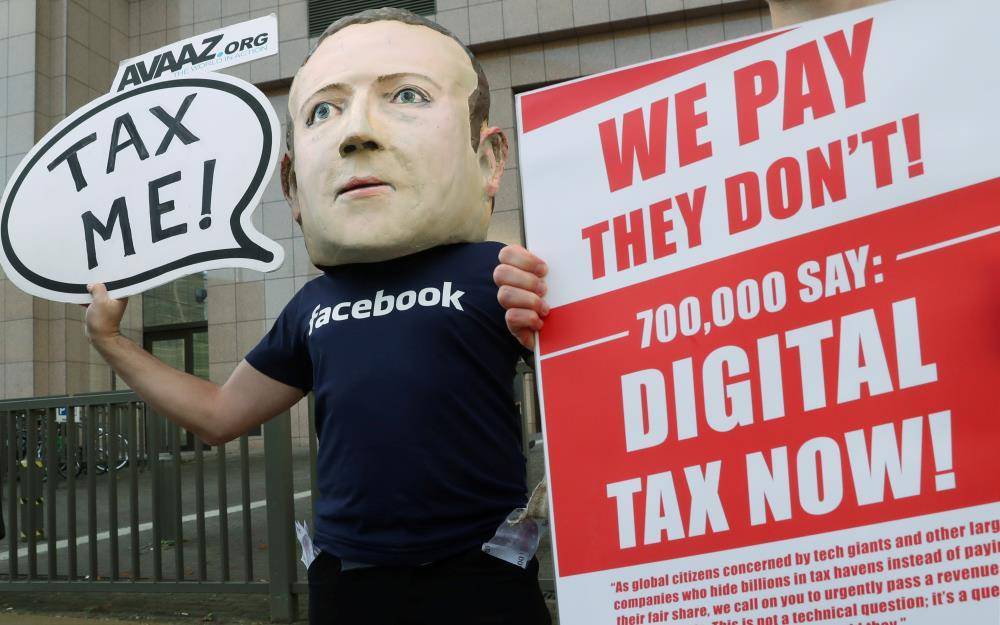 Negotiators from nearly 140 countries will ask Washington and its G20 partners this week to reaffirm political support for global rules to tax digital giants after the coronavirus and looming US elections stalled the process, officials said.

The hard-fought talks over how to tax digital behemoths, such as Google and Facebook, are part of the biggest overhaul of international tax rules in a generation, conducted under the stewardship of the Organisation for Economic Cooperation and Development (OECD).

Negotiators are due on Thursday and Friday to wrap up months of talks on rewriting cross-border tax rules for the age of digital commerce, including a global minimum corporate tax rate.

But agreement remains elusive after high-level backing needed to finalise a deal this year has drained away after COVID-19 travel restrictions forced talks to move to Zoom and Washington began playing for time, reluctant to commit to a deal in the build-up to the November 3 presidential election.

Nonetheless, the countries are likely to sign off on OECD’s technical blueprints for new rules on how to apportion taxing rights to governments for cross-border business and a global minimum tax rate.

There is broad consensus to keep the process moving.

Officials want G20 finance ministers to reinforce their commitment to a negotiated global deal rather than letting each country go its own way with national digital taxes, something that could add up to a hefty bill for companies.

“We’re leaning towards an extension of the mandate from the end of year through 2021,” one official briefed on the matter said before the talks.

A second official said that the G20 finance ministers would finalise a decision when they meet online next week.

“The OECD will certainly stay on top of this. The United States supports this process and has repeatedly warned against unilateral action outside these negotiations,” the official said.

The talks’ move from the OECD’s Paris headquarters to hours of video conferencing also damped prospects for a swift, leaving no scope for crucial give-and-take negotiations between formal meetings.

Without a deal, companies face the proliferation of new national taxes on digital services and potential double taxation, as countries seek extra revenues to cope with the coronavirus outbreak and its fallout.

France was among the first to create its own digital tax last year, becoming the target of trade retaliation threats from Washington, which considers such national taxes as unfairly discriminatory against US firms.

Paris in return, accused the United States of “creating obstacles” for a global tax deal with demands for a voluntary opt-out for US companies.

The Trump administration slapped in July additional duties on French cosmetics and handbags, but suspended them until January.

France put its tax on hold until the end of 2020, but has warned it would reinstate it the absence of a global deal this year and the European Commission has committed to reviving plans in 2021 for an EU-wide digital tax to finance a new European recovery fund.

“They’re worried the OECD won’t be able to pull this off because the US has been back and forth on its position,” EY Global Vice Chair of Tax Kate Barton said.