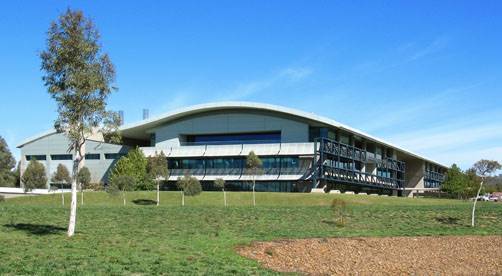 Geoscience Australia has moved to replace its IT services contract with DXC Technology, as the agency continues a significant IT modernisation agenda that now extends to tackling legacy platforms.

The agency has approached the market for one or more IT service providers to serve as the “primary interface” between staff and its IT environment.

DXC Technology is currently the agency’s IT services provider, responsible for IT operations and security under a $22.7 million deal struck back in 2016.

Dividing IT services into four categories would “allow for maximum utility and flexibility”, it said.

The core workplace bundle will cover all Geoscience’s end user computing needs, while the network bundle will service its two data centres at Symonston, as well as on-site networking.

Commute, storage and data centre management for the two data centres, however, will fall under the infrastructure operations bundle.

The network provider will also provision the agency’s ‘edge services’ such as cloud interconnects and National Computational Infrastructure.

The market approach follows a significant period of change within the agency’s IT environment, prompted in part by a damning 2018 cyber security audit.

The audit found Geoscience had failed to implement any of the Australian Signals Directorate’s top four controls, which it has now largely rectified through a security uplift.

“Over the past two years there have been significant enhancements completed on the environment across the end user computing, enterprise voice and collaboration, in cloud compute, identity, database and ICT security,” tender documents state.

In addition to its ICT security improvements in 2019, Geoscience said it has introduced Microsoft Office 365, including SharePoint and Exchange Online, and Skype for Business.

Other updates include an uplift of its database system and tools in 2018-19 and wi-fi and gateway improvements in 2019, while it is continuing a “cloud-based compute uplift”.

The agency is also currently continuing a Windows 10 standard operating environment update, which has already seen it refresh its end user fleet with mostly Microsoft Surface and Lenovo devices.

While there are still a “small number of Windows 7 devices in the fleet”, Geoscience said these approximately 600 devices “will all be retired … by the end of 2020”.

Building on these improvements, the agency is looking to continue enhancing its IT environment through 2021, with “a particular focus on legacy platforms”.

It is planning “further ICT security improvements and uplifts in line with the essential eight”, storage, application and further cloud-based compute uplifts, and a new CRM system.

A virtual industry briefing for the tender will be held on August 27, with submissions to close on September 30. Providers will be shortlisted in December.

Apple, GroupM, others ask for tough protection for data in Google lawsuit

We need to go to Venus as soon as possible

Pact Group finds its next CIO

admin - Октябрь 4, 2020
0
Strategy
ASX-listed Pact Group has appointed Rowan Start as its next chief information officer after the departure of its long-time tech chief to Qantas. As iTnews...