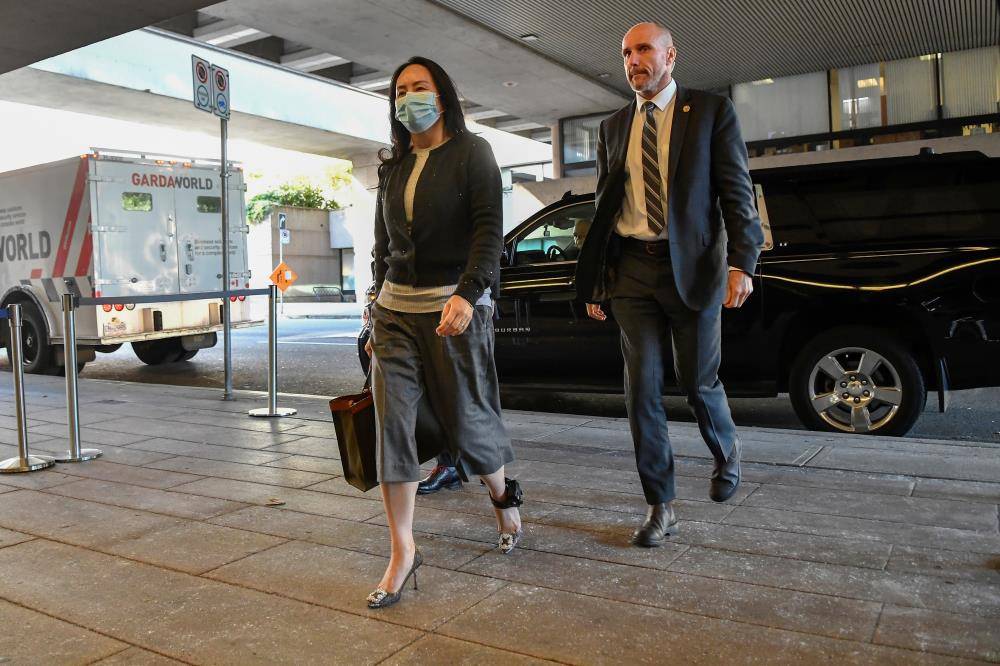 Lawyers for Huawei CFO Meng Wanzhou and the Canadian government are expected to cross examine more witnesses involved with Meng’s 2018 arrest as part of her fight against an extradition request from the United States.

Meng, 48, was arrested at Vancouver International Airport in December 2018 while on a layover bound for Mexico.

The United States charged her with bank fraud for allegedly misleading HSBC about Huawei Technologies’ business dealings in Iran, causing the bank to break US sanctions.

She has claimed innocence and is fighting the charges from Vancouver, where she is under house arrest in her home in Shaughnessy, one of Vancouver’s wealthiest neighbourhoods.

Meng’s arrest triggered an ongoing chill in diplomatic relations between Ottawa and Beijing.

The witness testimony is focusing on the second branch of abuse of process that Meng’s lawyers claim took place.

They have argued authorities violated her rights during her arrest, including when Canadian authorities allegedly shared identifying details about her electronic devices with their US counterparts.

Peck’s lines of questioning have focused on why the RCMP allowed the Canada Border Services Agency (CBSA) to intercept Meng before police arrested her, as well as attempting to draw out lapses in due process throughout her detainment and arrest.

The defense will question Yep for another hour, the court said before closing.

Witness testimony is set to last five days in total.

Meng’s case is scheduled to wrap up in April 2021, although the potential for appeals of an ultimate decision mean the case could drag on for years.