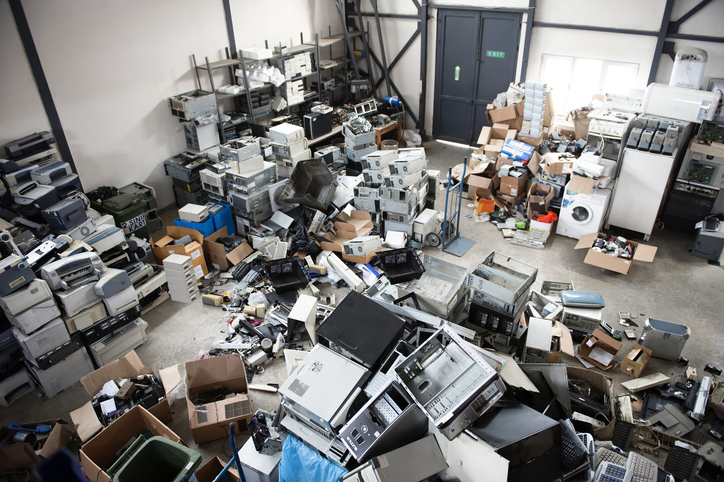 At Reuse-Recycle IT, we have noticed some used IT equipment selling for twice as much as it did before the pandemic. This may be because more people need this equipment to work from home, and because there is a shortage of new hardware due to trade reductions and union work bans.

Whatever the cause, this increase in the value of end-of-life or redundant IT gear can benefit government organisations or their nominated charity.

For example, the ACT Government received more than $120,000 in the last quarter for its used IT equipment. The same equipment would have returned up to half that amount before the pandemic.

Some Australian government organisations are technology hoarders – they use back rooms and warehouses to store unused IT equipment for months or even years. Now is a good time for them to investigate opportunities to get a return for that hardware.

Is your organisation sitting on replaced IT equipment indefinitely? “It actually frightens us to see the number of storage facilities around capital cities filled with used IT equipment in the hope that at some stage, when they get around to it, they’ll clear it out,” says James Falzon, Managing Director at Capital Easy, the largest independent IT leasing arm to government in Canberra and the parent company of Reuse-RecycleIT.

At Reuse-RecycleIT, we know the scale of the problem because we have spent 23 years helping Australian organisations deal with it. Our company is on a number of whole-of-government marketplace panels for IT disposal, IT sanitisation and value recovery. We are accredited by the Digital Transformation Agency and our customers include the ACT Government, Australian Government Department of Finance, CSIRO, Murray-Darling Basin Authority and the Australian National University.

Falzon points out that senior government executives probably know how much money they recovered from rollover of motor vehicle fleets, but they can’t always answer the same question about IT assets. “I posed that question to a very senior executive and they had no idea,” he says.

The problem is an assumption that once hardware has been replaced, it has no value or the task of meeting information and privacy requirements is too complex. Technology refresh projects often focus on deploying equipment, systems and applications, but not appropriate storage, sanitisation and disposal of hardware. Those in charge don’t typically expect a financial return for the replaced hardware.

The right way to dispose of IT

To address this, government organisations should look at what to do with the systems they replace.

They should examine asset disposal practises used by external parties. “There’s a right way and a wrong way to process this material and we see organisations that aren’t necessarily accredited, who don’t deliver quality reporting, and have a lack of management of final asset reuse,” Falzon says.

They should also request a report detailing whether an asset disposal company sanitised assets in compliance with government guidelines.

It is also important they work with asset disposal companies that ensure their equipment buyers meet local and international principles regarding child labour and elimination of compulsory labour.

Government bodies should consider adopting a policy of not sending waste to landfill. eWaste is the fastest growing category of waste worldwide, with 53.6 million metric tonnes created in 2019, according to The Global E-Waste Monitor 2020 – that is the equivalent of more than 125,000 jumbo jets. It is estimated that less than 30 percent of this material is recycled. Reuse-Recycle IT holds current ISO 14001:2015 certification, which indicates that we meet environmental management standards.

Of course, data security is also critical. A specialist organisation such as Reuse-RecycleIT can recover value from end-of-life IT in a way that meets information security guidelines.

Services exist to address all these issues, if government and organisations decide to pursue compliance and a better return from end-of-life IT.

Our processes are certified for use by government and will complement your existing IT lifecycle strategies.

“Our point is, avoid the cost of storage and maximise your return by having electronic equipment disposed of securely, and under a protocol meeting government guidelines,” Falzon says.

Contact Reuse-RecycleIT to learn more about disposing of government IT assets.