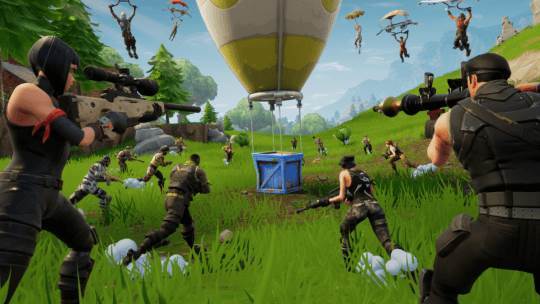 Apple dropped Epic Games after a dispute in which the Fortnite creator alleged that the iPhone maker’s in-app payment terms constitute a monopoly.

“This has most certainly attracted our interest,” said Andreas Mundt, head of Germany’s Federal Cartel Office.

“We are at the beginning, but we are looking at this very closely.”

Apple, which did not immediately respond to a request for comment, ditched Epic after it implemented a feature to let iPhone users make in-app purchases directly, rather than with Apple’s system, which charges a 30 percent fee.

Mundt told an online briefing that Apple’s App Store and the Play Store that serves smartphones running on Google’s Android operating system represented an “interesting habitat because they are the only two worldwide”.

Although the Bonn-based authority does have the power to impose fines, it typically undertakes administrative probes into big technology firms to establish whether they are abusing their market dominance and then seeks a change in the way they work.

It reached an agreement last year with Amazon after investigating terms for merchants using the e-commerce platform. Facebook is appealing an order to curb its collection of user data.

Competition regulation in the European Union is handled both by its Brussels-based Commission, which is examining a complaint brought by streaming service Spotify against Apple, and in parallel at national level.

A new investigation, sparked by complaints that Amazon had prioritised some shipments early in the coronavirus pandemic, should be completed “quite quickly”, Mundt said.

The main focus was now on whether Amazon is operating a system of price control and rates merchants based on pricing, he said.

Amazon says merchants set their own prices and its systems are designed to act against price gouging.