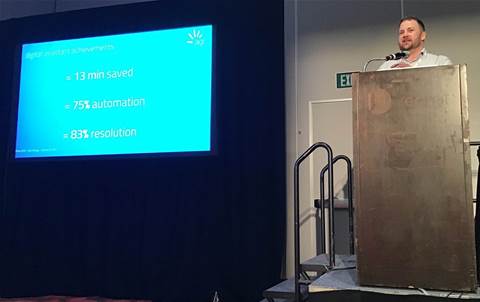 AGL Energy’s artificial intelligence and automation leader Thom Linford has left the utility after a combined 3.5 years, landing a similarly-themed role at IBM.

Linford had been AI and automation leader at AGL a bit over a year-and-a-half, and spent a similar amount of time as AGL’s chatbot and automation product owner.

AGL started building chatbots as part of its $300 million digital transformation which started in 2016.

Its main chatbot, Alfie, is based on IBM Watson technology, and Linford presented on the company’s AI and automation journey at IBM’s THINK 2019 conference in San Francisco.

Linford updated his LinkedIn profile this week to say he had taken a new role as squad leader for AI and Automation at IBM.

He described the new role as “working with enterprises to identify, design & develop solutions which infuse artificial intelligence and machine learning technologies.”

An AGL spokesperson was contacted for additional comment on Linford’s departure and the make-up of the company’s automation practice.

AGL has seen several high-profile changes to its technology team in recent months.

The largest change is a new technology leader, John Chambers, who starts mid this month. He replaces Simon Moorfield, who has moved to Transurban.

Facebook to pay more than $164m in back taxes in France